The Montessori Approach to Fantasy 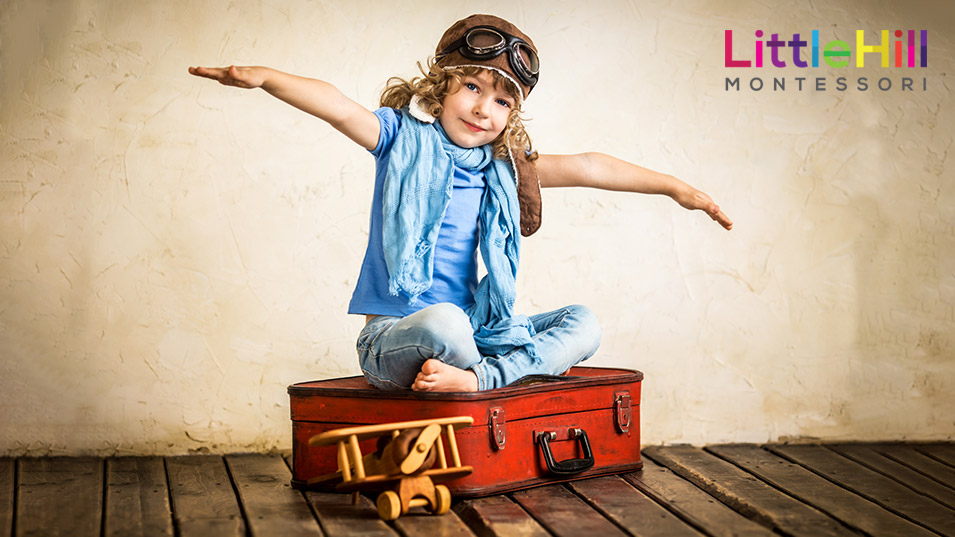 “The true basis of the imagination is reality.” – Dr. Maria Montessori

One of the most common questions that parents ask a Montessori teacher is why we discourage the introduction of fantasy to young children. From Dr. Maria Montessori’s observations, we know that young children in their plane of development prefer reality to fantasy.

It may seem harmless (or boring!), but it can be rather confusing for a young child to be presented with a whole set of ideas and beings that are not part of the real world. This is because the child cannot distinguish fantasy from reality, and this can greatly affect their imagination. How could they distinguish the two, when they are in a developmental phase of learning where their mind is soaking up absolutely anything and everything?

From birth until six years old, children have what Dr. Maria Montessori called “the absorbent mind”. While an adult’s mind is logical with defined rules, a child’s mind at this age is an all-seeing where everything is possible, and its purpose is to absorb everything in their environment. This is why they do not question anything – they simply believe anything you tell them. Only when a child enters the second plane of development, around 6 years old, do they have the skills to discriminate between true and false, reality and fantasy. After this age, fantasy books can start to be introduced, although it’s still a great idea to continue with plenty of nonfiction.

Reality is fascinating for toddlers, and they want nothing more than to imitate adult tasks. Have you ever noticed how your child will almost always forgo their expensive toys and rather choose to play with the everyday items that you use in the kitchen? Forget the flashy toys with sounds and lights, they want the real stuff! To wash windows, dress their baby dolls and help prepare a snack. The whole world is brand new to them, and provides more than enough inspiration for their young minds.

Will a lack of fantasy stifle my child’s imagination?

No, and in fact, quite the contrary. In order for the imagination to flourish, an early childhood needs to be rooted in reality. The great artists and authors of our time were all inspired by the beauty of what concretely exists in the world. By giving your child hands-on opportunities based in reality, it will open the floodgates to their interest in the world and creativity.

The difference between fantasy and imagination

This common misconception about reality stifling imagination and creativity most likely comes from a tangled definition of fantasy and imagination, which are two very different concepts. Fantasy is reading a book about dragons and fairies, rather than a book about the different types of animals around the world. Imagination is a child making mud cakes in the garden, because they saw Mom or Dad baking in the kitchen.

What does my child need?

The short and simple answer is: the amazing real world! Children, especially under the age of 6, need reality presented to them with joy and excitement. This will help your child feel empowered, independent, and happy to feel included in real, simple daily tasks that matter.

It’s never too late to start

If you’re already quite far down the road with cupboards filled with fantasy toys and limitless TV about superheroes and mythical creatures, don’t feel discouraged. Children are extremely adaptable, and it’s never too late to start introducing more “real” activities, books and objects. Your child’s absorbent mind will thank you for it!

How to Choose a New Preschool