Technology in the Montessori classroom 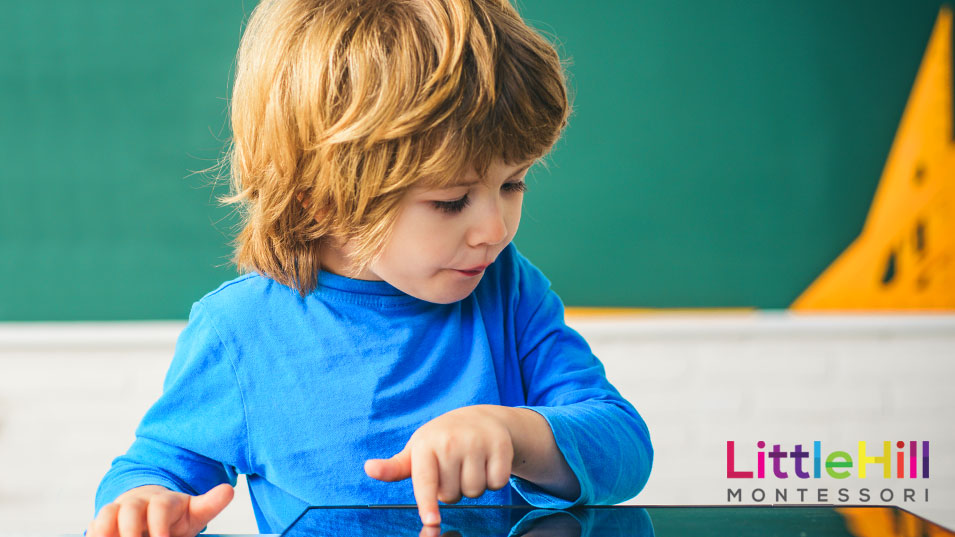 Much has changed since Dr Maria Montessori first devised the Montessori approach more than a century ago, but then again, the inherently curious nature of young children which is the nexus of this child-centred approach to learning, has not. The Montessori classroom, which looks nothing like the conventional classroom set-up and does not follow its teacher-induced learning approach, is famed for having plenty of natural light, generous spaces and carefully designed learning tools so children in a sense direct their own learning. But as technology is now a firmly entrenched way of life for many with anything from smart homes to smartphones being integral to the lived experience, a big question that many parents and educators alike may be asking is: What does Montessori say about technology?

Do Montessori schools use technology?

Context is everything, so as far as students being actually taught with the use of technology, this is not the norm in the Montessori classroom. This is not to say that technology can’t be used as a supplemental tool for learning in a carefully curated, limited, purposeful way. It is neither the star of the classroom, nor the curriculum.

One look at the list of Montessori alumni shows that there is no shortage of stand-out individuals in all careers whose learning trajectory began, and was ultimately shaped by, the Montessori approach. For those who argue the opposite – and have misgivings about Montessori and technology or what is perceived to be the tech gap – it would be well worth remembering that one of the most famous alumni is none other than the founder of tech and innovation giant, Amazon, Jeff Bezos.

To this day, Bezos remains an ardent promoter of the Montessori method, and has gone on to pledge significant sums of money to aid both the creation of Montessori-inspired pre-schools, as well as access to these institutions. The list of famed alumni is large, impressive and a strong argument for Montessori learning methods, not against it.

Montessori and technology in the classroom – what are the criteria for incorporation?

It is fair to argue, as most Montessori proponents do, that ‘banning’ technology as even a supplemental tool in the classroom is incompatible with the founding principles of Montessori to begin with. Rather, the argument is in favour of the balance of technology in Montessori, in so far as the way that select technology is used aligns with the Montessori approach. The answer to the question is therefore a nuanced one.

The stand-out elements of the Montessori approach are that there is an emphasis on independent learning, much of which is ‘hands-on’ and involves sensory stimuli and experiences via meaningful ‘play’. Due to the outlay of the classroom, social interaction is enhanced. Also, a greater love of learning is instilled due to learning not being a ‘chore’ but done by natural assimilation at the learner’s pace. Finally, this type of classroom is much more inclusive, for example, for learners with special needs.

When we think of play and controlled stimuli via something as ‘normal’ today as an iPad, it is hard to see how this would militate against any of the above, if not enhance it. As long as the medium of ‘instruction’ or the methodology ‘itself’ is not the iPad, for argument’s sake, and the technological supplemental tool does not usurp all else and become a primary learning tool, learners can undoubtedly benefit from appropriate technological use in the Montessori classroom.